MELODIC, POWERFUL SOUND is what you can expect from SUSAN SAID

Led by Sue Sed, this tall, blonde, powerhouse changes all ideas you may have about a female fronted rock band. “We just wanna kick ya in the head a little, and wake yer ass up“, quotes Sed. And “wake yer ass up” is exactly what this band does well.

Polyvinylchloride is a full length CD that is garnering critical praise. The first track, “Teetering on the Edge” – a cynical, humorous song about people on self-destruct missions – was picked by director Jesse Cummings to be the main theme song in his film The Full-Fledged Bastards. “Mr. Touchy Feely,” which was engineered and co-produced by Bruce Buchanan (Atlantic Records), rose to the top 5 on numerous college radio stations. Credits include playing on bill with The Bloodhound Gang (Universal) & Caviar (Island). They also played on bill with Howie Day at Irving Plaza for the New York Comedy Film Festival starring Amy Poehler, Rachel Dratch and Chevy Chase – all of SNL. 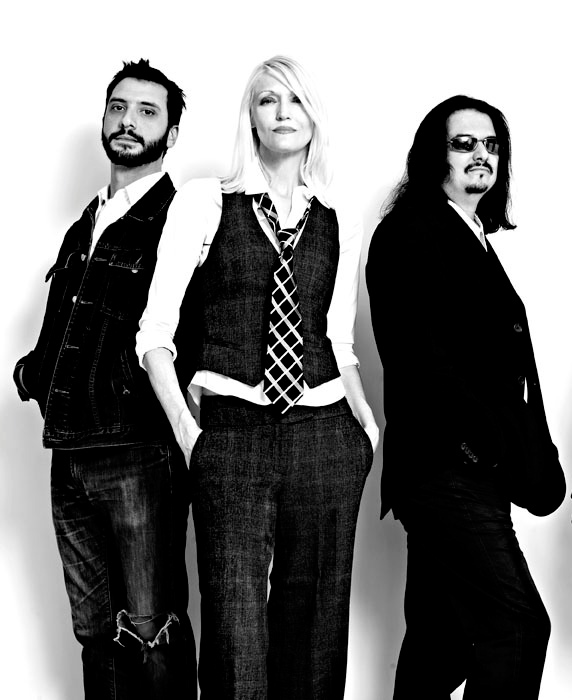 Hearing the band’s ballad “Run You Away“, film director Michael Corrente – (American Buffalo w/Dustin Hoffman, Outside Providence w/Alec Baldwin) – decided to use this tune as the main theme song for his film Federal Hill (starring Nick Turturro). The ballad spread worldwide via the film, and has become a signature song for the band.
Sed’s unmistakable melodic belt and creative songwriting are accompanied by an equally talented band of musicians. Matt Rocchio on bass and Brendan Saadat on lead guitar are both as talented as they are visually stimulating to watch. Together they create a wall of sound that is tough and hair raising. You won’t see or hear a better live show. “BIG LIFE,” dropped last fall  with 10 new tracks – along with the videos “I just Don’t Care,” “BIG LIFE” and “Politician.”

BIG LIFE can be found at cdbaby.com/susansaid or iTunes.

Their compilation CD – “We Don’t Have All Day,” can be found on cdbaby.com/susansaid and iTunes where fans have been downloading the very popular ballad “Run You Away” from the film Federal Hill.

Their new release, “Under The Dark Tree” will be dropping in the spring of 2018.

There is nothing like a SUSAN SAID show – They will absolutely “kick ya in the head a little, and wake yer ass up!”