“Big Life” is the best song Susan Wilson-Sed has ever written… it is superb and unreal. The title track off her new album is a tremendous piece of thoughtful agitprop about economic inequality that kicks like a mule.” – Iman Lababedi

“Sed is one of the few intense songwriters of this generation. The tracks – Dirty Wood Floor and BIG LIFE (also the title of the new release) – burn a nice, deep hole in the shallow pop scene of today…” – Mirror

“ Not your typical songwriting, Wilson-Sed creates stories that make the hairs stand up on the back of your neck, and they are delivered by her incredibly powerful voice and hard driving band.” – Music Xpress

Susan Said is many things, but boring isn’t one of them.
“That’s our goal, to defy the laws of boring,” Susan Wilson-Sed explained of the alternative-rock band. “We’re one girl and three guys creating madness and defying the laws of boring.”
That they do. It’s that same vivacity that has helped Wilson-Sed and her band find success in an rapidly evolving music industry – The Examiner

“The Susan Said Band were up next. Opening with the title track off her new release, the astounding “Big Life,” she took her band on a robust forty five minutes of flat out rock and roll rebellion. The audience ate it up and my buddies were in awe. One, a smoker, refused to get up and go outside while they were on stage. The set hit its high spot with the pervy “Mr. Touchy Feely” and the overdrive “Car.” – Iman Lababedi

(Susan Said) …has a raw honesty that is refreshing to hear, considering all the rest of the music coming from this genre. Wilson-Sed is an articulate and stunning woman who brings her relentless energy into a rock conversion that is both entertaining and captivating. 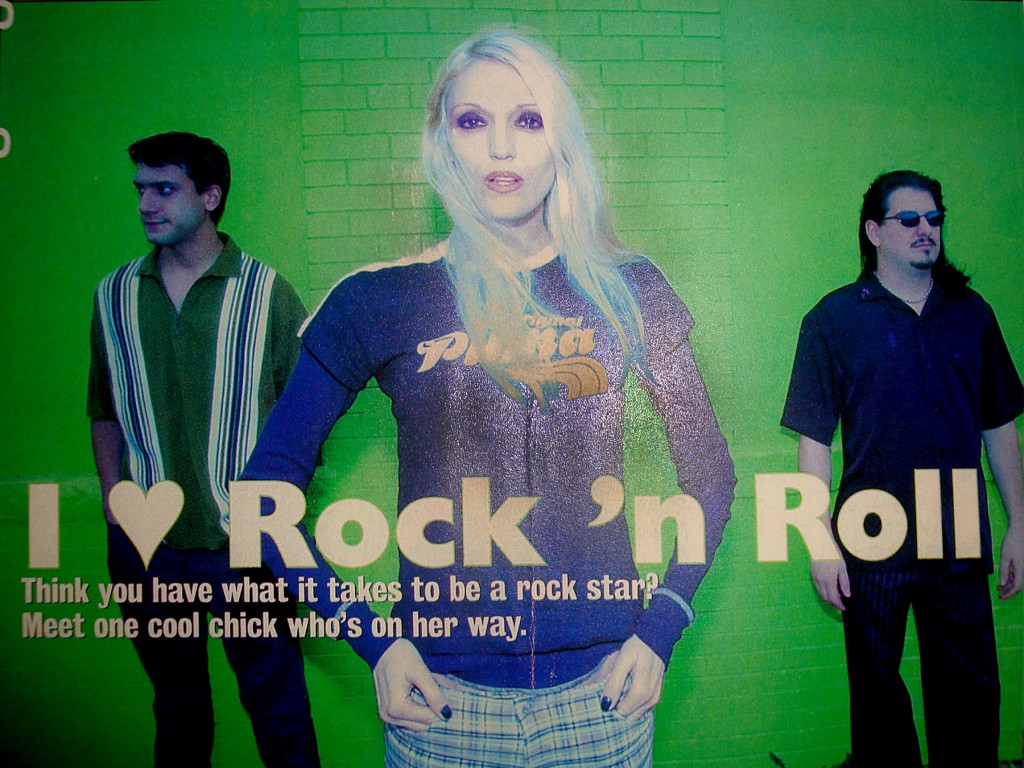 Susan Said – Polyvynilchloride – A full-length cd by this New York based band, fronted by sinewy, alien temptress Susan Sed. Her lead vocals are confrontational and powerful. Topically, the lyrics explore the condition of those maintaining an outward persona while having darker, more insidious agendas, as is apparent on, Mr. Touchy Feely, and Hell is a Gunshot Away, or wariness of the romanticisms of debaucherous NYC, as on Edie – a tribute to Warholian Edie Sedgewick, and Teetering on the Edge – a mirror in the face of those romanticisms. My personal faves are, Edie, and track 5, Bleed – a fusion of rhythmic white noise and Sed’s melodic belt. There is an undercurrent of accessibility for radio play without compromise to their hard rock aesthetic, which is probably why they are receiving air play on college radio
– Under the Volcano

Sed’s unmistakable melodic belt and powerful songwriting are accompanied by an equally talented band of musicians. Matt Rocchio on bass Brendan Saadat are both as talented as they are visually stimulating to watch.
– The Music Review